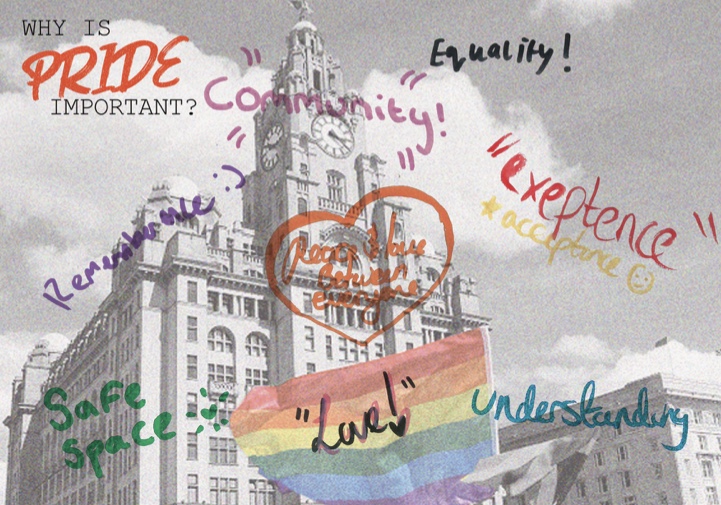 This weekend we celebrate Pride in Liverpool with thousands taking to the streets on Saturday 27th of July for the iconic festival which commences with a march through our beautiful city. The route is set to showcase the wonderful businesses and organisations who are supporting the LCR Pride Foundation, and celebrations are set to be bigger and better than ever.

In recent weeks approaching Pride in Liverpool, an exciting programme of events and initiatives celebrating and supporting the LGBTQIA+ community have permeated the city, and with the aim to position the Liverpool City Region as the most LGBTQIA+ friendly region in the UK, we must make it our collective mission to perpetuate this support every day. Highlighting one charity’s brilliant dedication to combating inequalities and disadvantages for young people in LGBTQIA+ community, Liverpool Art Fair speaks to Merseyside based charity Comics Youth.

In partnership with CASS ART Liverpool we are hosting bi-weekly workshops for only £3, inviting people of all ages to join fun taster sessions in marbling, lino printing, watercolour and acrylic painting, with all proceeds going to Comics Youth.

Catching up with charity’s project manager Rhiannon Griffiths, we learn more about the workshops that Comics Youth run for marginalised young people in our city and the impact the charity is making across the nation.

Could you tell us about Comics Youth? How did the charity come together and what do you do?

Comics Youth CIC is the first organisation of its kind in the UK to provide holistic comics-based literacy and wellbeing projects for disadvantaged children and young people aged 8-25 and is based in Liverpool. The organisation was co-founded in 2015 and is led by a Board of young people under 30 with the same lived experiences as our targeted groups (including histories of complex mental ill-health, abuse, autism, chronic illness and LGBT identities) with specialism in informal education, illustration, youth work and counselling.

From being young people who struggled with suicidal ideation and self-injury, we know first-hand the gaps in provision for young people who turn to statutory services and find them lacking. Reading, making and creating comics became a lifeline and a means of self-therapy for us as we found atypical youth services such as sports and drama very triggering. We consequently set up CY as a means of plugging service provision gaps (between tier 1-4 services) for young people seen as ‘other’ like ourselves who fall through the cracks, to have their voices heard and flourish from the margins of society by publishing comics about the way the world sees them. Our intervention model of combining creative comics therapy and social action truly stems from our experiences of navigating and overcoming trauma.

Our mission is to provide a voice for hard to reach young people including looked after children, LGBTQIA YP, SEND YP, young carers and young people experiencing mental ill-health by providing them the tools to express themselves, improve their literacy and speak truth to power through creating comics regarding salient community issues. By taking part in creative workshops, YP have the opportunity to write, illustrate and publish their own work, thereby enabling them to expand their narratives and communicate ideas and topics that are important to them as a form of ‘social action’ to challenge the stigma that surrounds their identities. Our model aims to break down participation barriers for YP located in areas of high multiple deprivation within the city through delivering 13 sessions per week in a range of community, youth centres, hospitals, libraries and mental health inpatient units. 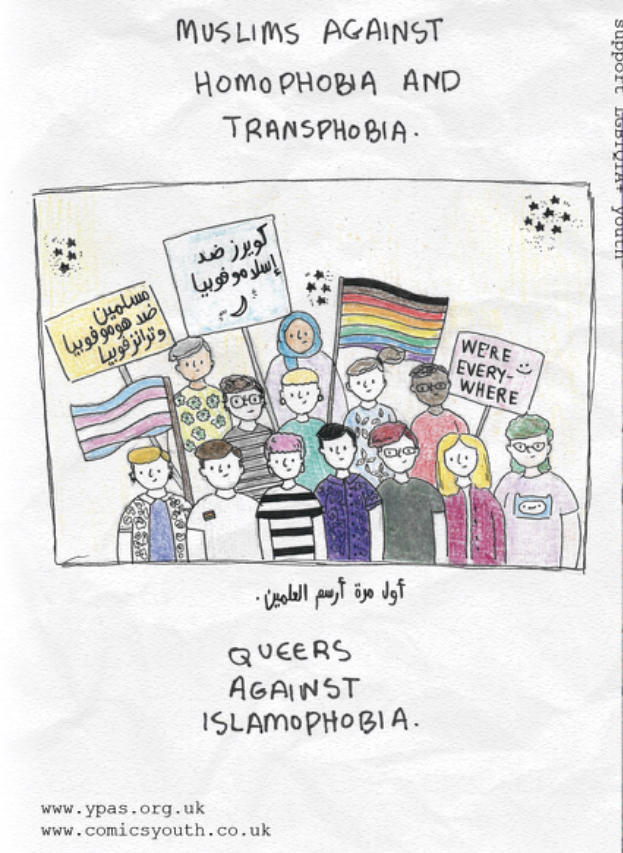 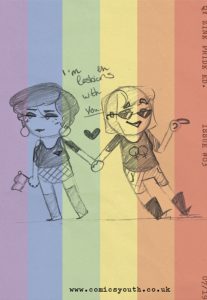 How did you come up with the comic book and zine art initiative? What do you think it is that makes comic books such a valuable platform to communicate the issues that Comics Youth challenges and celebrates?

We truly believe in the power of comics to support positive behaviour change due to the way in which comics are an ideal gateway to literacy in an informal context, and can benefit young people’s visual literacy, comprehension skills in addition to being used as windows so that young people can understand other lives and be used as ‘mirrors’ to help them understand themselves and their peers better. Making art and reading comics is a form of ‘graphic medicine’ which can be used as an outlet for young people who struggle with forming peer relationships as a form of art therapy. Supporting young people to make comic books and zines about their experiences will enable them to take ownership of their situations and provide a positive space for sharing thoughts to help young people challenge the stigma associated with their identities as a collective.

Creating zines and comics can aid YP to work through trauma as they will often depict characters that mirror their own life experiences/be in similar situations. There are many zines in existence which deals with issues such as bullying, LGBT identities,  HIV/AIDS awareness, child abuse sexual assault, peer pressure, or even anxiety about school. Creating zines can also help young people to reflect on their community, their personal lives, and their ideas about the world

There is a great importance for charities like Comics Youth and an ever-growing need for the services you provide. What difference have you seen Comics Youth make for our cities marginalised young people?

In the past 12 months, we have supported 960 young people to improve their mental health through accessing our programmes. Evaluation indicated that 83% of YP improved their mental health; 102 YP were discharged from CAMHS, 64% reported a reduction in feelings of suicidal ideation; 71% of YP reported a significant improvement in social connectedness post accessing support for 12 weeks or more. To date, we have supported young people to publish zines about political apathy, #heforshe, sexual assault, homelessness, benefit sanctions, living in foster care, feminism, disability heroes, understanding autism and manging anxiety to name a few. A perfect example of promoting communication action can be seen in the way our ‘Trans Survival passport’ has been utilized by different primary, secondary, youth groups/lay people to open up conversations regarding gender identity in a healthy and positive way. Additionally, we recently published a zine regarding the impact of sexual assault which has opened up wider dialogue within the City region regarding the definition of assault, consent and the differing perception of what a perpetrator ‘looks like’. (Namely, they could be anyone).  During the past year it has been positively life affirming to see young people talk so openly about the struggles they face in today’s society and have the wider community actively in engage in conversations with them moving forward. We believe that taking ownership of their lived experiences in such a healthy and supportive way increase the social mobility of YP. 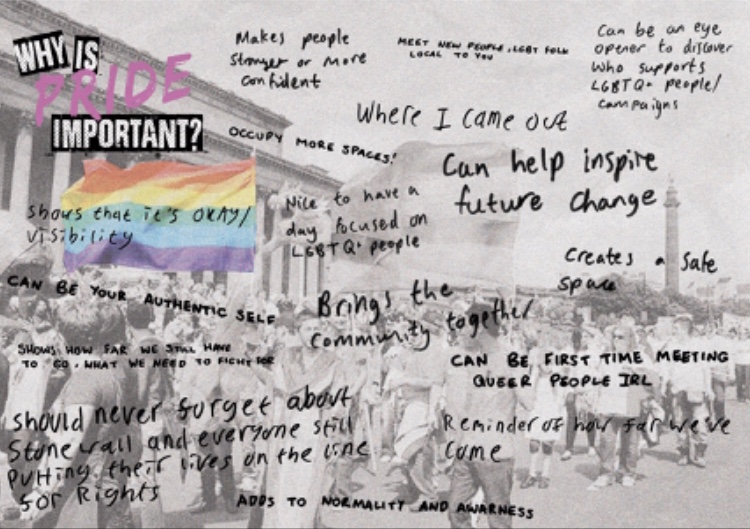 We are timing this blog with Liverpool Pride because of the brilliant LGBTQIA support that Comics Youth offers young people in Liverpool, could you tell us more about your ‘Queer Youth Projects’?

Our Queer Youth project delivers 3 sessions per week, wherein it provides LGBT+ young people aged 12-25 on the cliff edge within Liverpool City Region the opportunity to take part in exciting activities and explore their sexuality, gender identities, civic participation, and health whilst gaining new skills in safe and inclusive spaces. It provides young people with a wide array of informal learning and guidance through a combination of peer mentoring and emotional support to take part in the set-up of guided zine creation sessions and a small printing press to expand LGBT+ voices. It supports young people to create, design and publish original zines regarding the issues they face within the Liverpool as a consequence of their stigmatised statuses and discuss salient community issues for them including gender identity, homophobia, sexuality, family pressures, dysphoria, loneliness, and isolation. We recognise the vulnerability of LGBTQ+ young people to isolation and lack of social connectedness and understand that their feelings are further exacerbated by stress, anxiety, and fear of the perplexities surrounding what it means to be an ‘out young person in society’. We publish two monthly LGBT+ Zines a month including QY and the Gaily Mail (which can be found on our website!).

Here at Liverpool Art Fair we are hosting creative workshops in partnership with CASS ART to raise money for Comics Youth. What type of workshops and activities do you provide for young people in Liverpool?

We provide a range of comics and art sessions for young people within the City Region including:

2) Building Stories, which supports disadvantaged CYP aged 8-25 who are reluctant readers/writers to engage in comic book creation and reading sessions in a range of inclusive settings such as community centres, libraries, day centres and hospitals to break down participation barriers.  YP are also supported to attain AQA qualifications in intro to comics, intermediate comics and advanced comics.

3) Graphic Medicine, based in Alder Hey Children’s hospital, which supports YP aged 6-18 with life limiting and chronic illnesses through 1-2-1 comics creation sessions as a form of art therapy and respite from their pain. 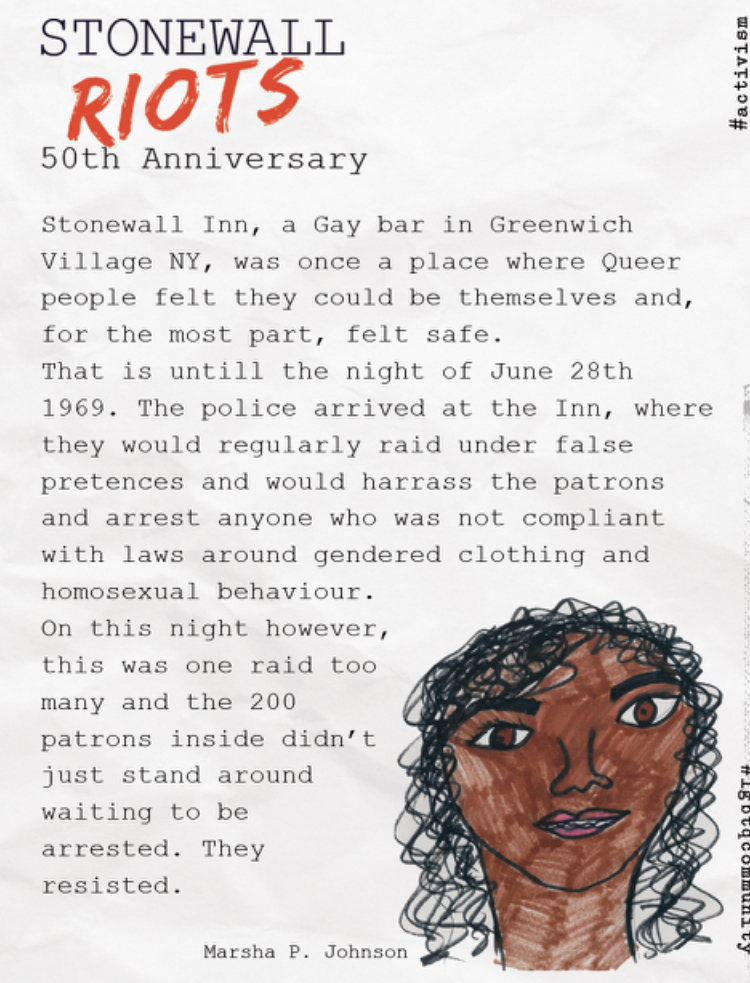 Could you tell us a little bit more about the ‘Illustrating Futures’ project with Tate?

Illustrating Futures is partnership between Comics Youth and the University of Liverpool which seeks to examine the narrative potential of comic book and zine art to explore the links between comics and mental well being. Comics have a unique capacity to communicate complex issues relating to discrimination, marginalisation, health and well being and we explored these themes via 3 large-scale exhibitions at Tate Liverpool and Tate Modern, which have been attended by over 4,000 community members.

Comics Youth is currently working on a new project ‘Here and Queer Liverpool’ could you give us a little preview on what this project is about?

Here and Queer: Liverpool is a project currently in the works by us here at Comics Youth CIC with funding from The Heritage Lottery Fund. Here and Queer are looking for LGBTQ+ people to take part in oral history interviews that will be collected into an anthology of transcripts and comics to document Liverpool’s queer history. In the current media climate we feel it is of great importance that more LGBTQ+ history is documented, preserved and passed on to younger generations in order for us all to have a better understanding of a history that is all too often ignored within mainstream teaching. The oral histories will also be turned into an online exhibition to help promote the anthology publication.