This week we will finally be announcing the winner of the Peoples Choice Award, which takes place on August 22nd at the Metquarter. With this in mind we look back at the previous winners from 2017 and 2018. Will previous winners be an indicator for this year, or can we expect the unexpected…?

Wirral based painter Hazel Thomson was the chosen winner of the award in 2017 and runner up in 2018. Hazel spends lots of time surrounding herself by nature and it shows; her detailed depictions of the outdoors are beautifully rendered, reflecting all of the seasons. Her style is classical and reflective of the old masters, using light, shadows and scale to create a strong sense of realism.

2018 winner Alan Murray is a mural painter from Toxteth, who has been working as an artist for many years. His work comprises images and scenes reminiscent of our current political and social economy, whilst much of his work depicts his beloved Liverpool. His uncompromising style has even captured the attention of former Liverpool player Jamie Carragher when he was commissioned to produce new work in 2016. 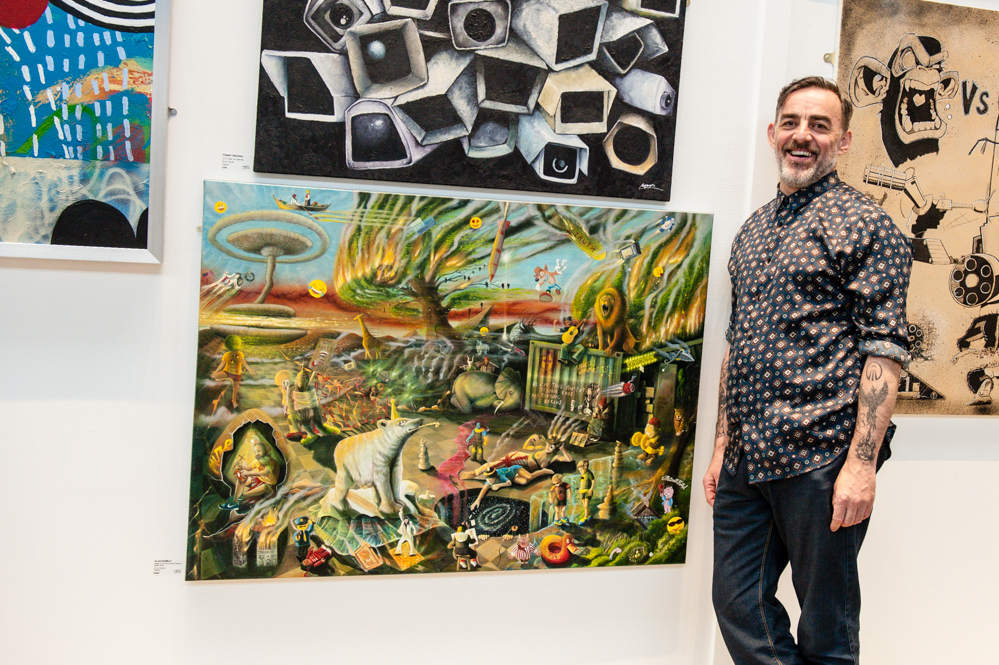 The last two winners, even though sharing a medium, couldn’t be anymore contrasting in vision and application and we think that’s truly representative of this year’s current crop of artists. Without sneaking a peak, we can’t predict who might win this year and there’s genuine excitement to discover which talented artist will be the people’s chosen winner.

Artists and art lovers, join us on Thursday 22nd August, 5-7pm at Metquarter, for the announcement of People’s Choice Award 2019. Refreshments will be available and the announcement will take place at 6pm. RSVP here.