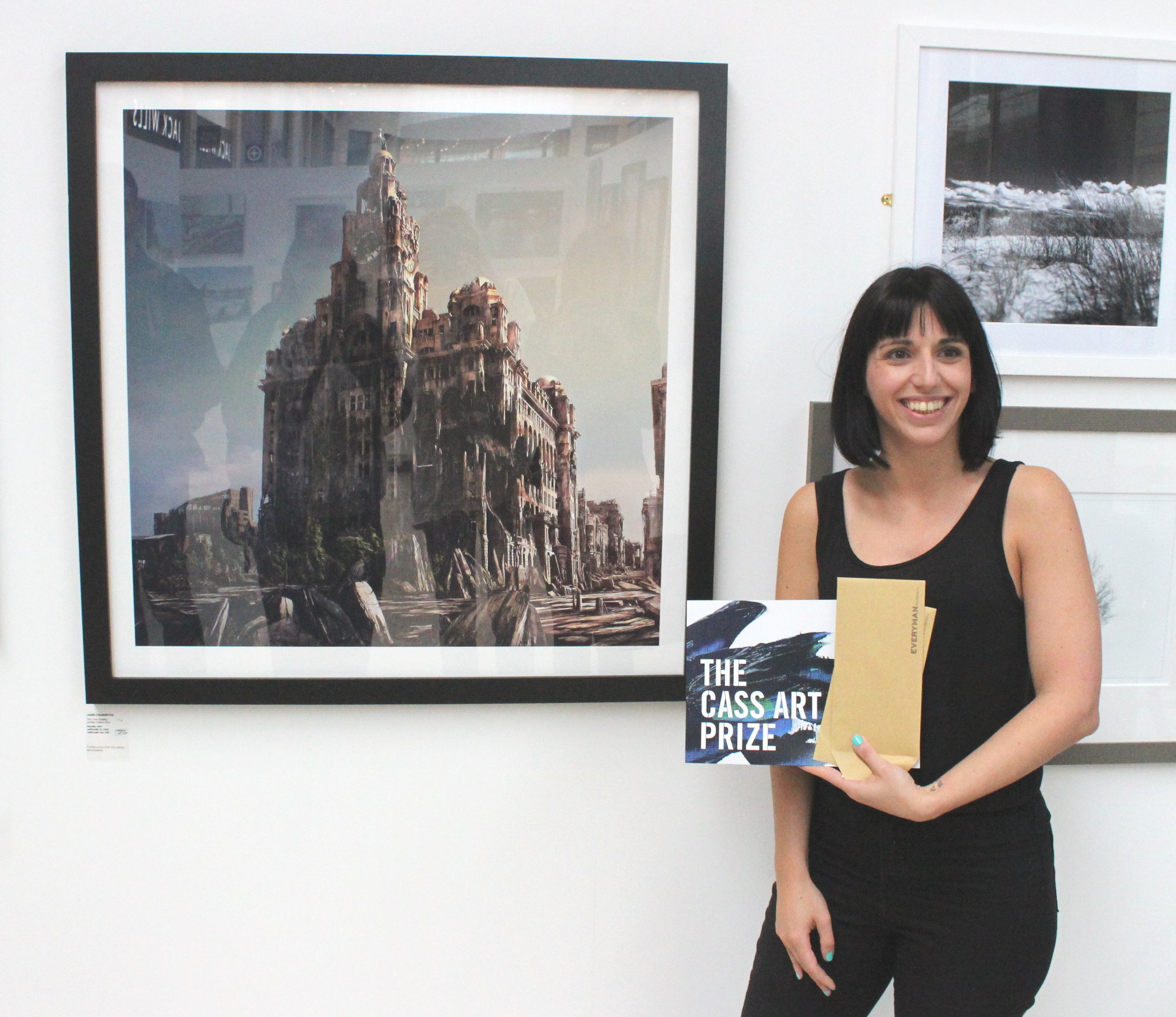 LIVERPOOL ART FAIR WELCOMED OVER 100 GUESTS TO METQUARTER TO CELEBRATE THE WINNER OF THE BILLY WILSON PEOPLE’S CHOICE AWARD 2019.

The winning piece was James Chadderton’s Liver Building, the first landscape of James’ new Liverpool series. James is a British mixed media artist whose work consists mostly of post-apocalyptic landscapes and collapses the boundaries between traditional and composite drawing.

Fellow artists, along with their friends and family were in attendance to raise a toast to James. Billy Wilson’s daughter, Annabelle presented James’ girlfriend Nina with the award who accepted it on his behalf. As well as the award, James received a £250 Cass Art voucher and two memberships to Everyman Cinema in Metquarter. James, who is also a teacher of art has chosen to spend the vouchers on art supplies for his students.

Runners up prizes were awarded to Huw Lewis-Jones and Hazel Thomson – who has been a prize winner in all three People’s Choice competitions, whilst almost 80% of the artists on display received at least one vote. 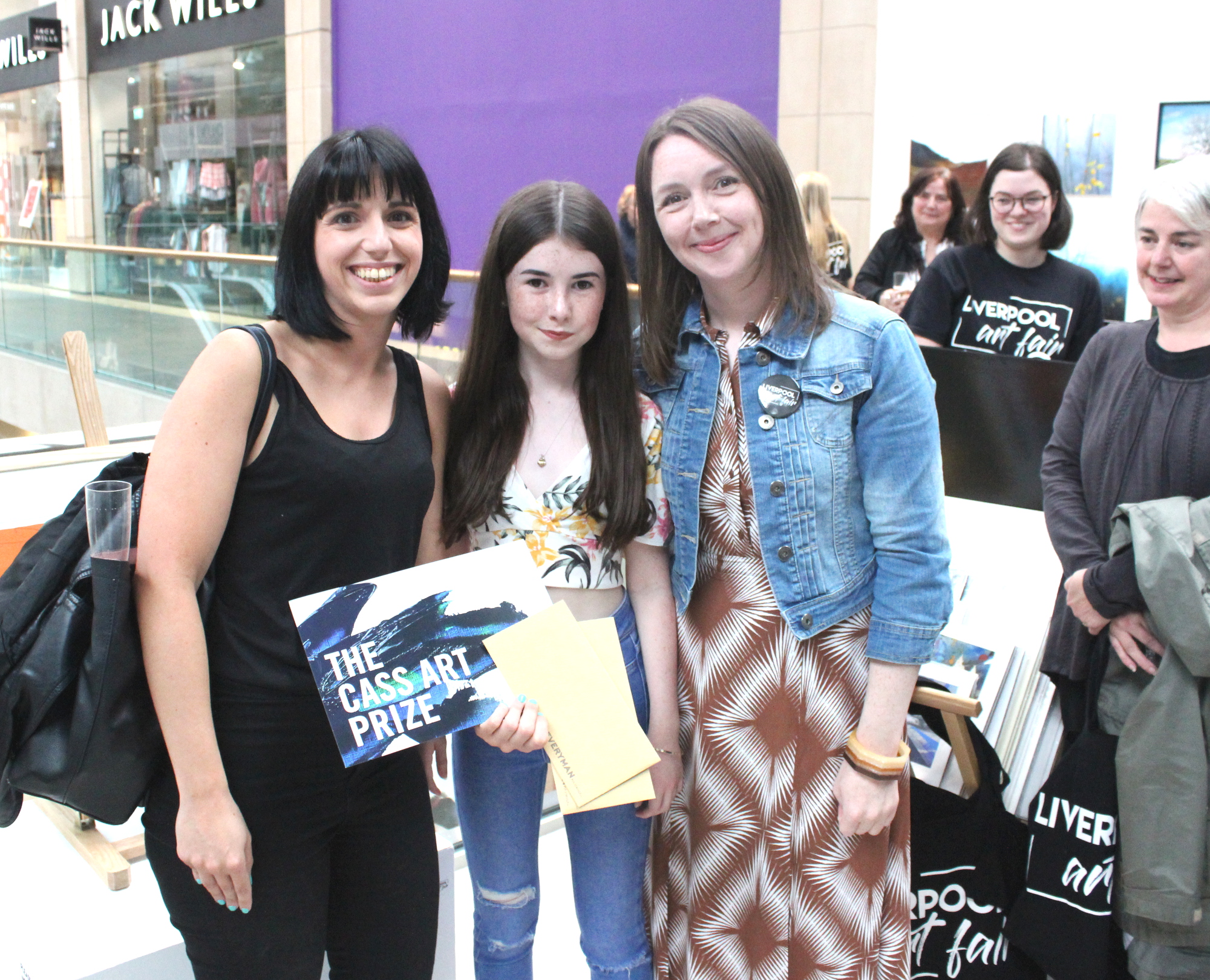 Lucy Byrne, Managing Director of event organiser dot-art, said: “The People’s Choice award is always a special evening for us, as it allows us to celebrate the artists that Liverpool Art Fair is built around. James is a really worthy winner, and although his unique and unsettling work divides audiences and provokes strong reactions, he received more than double the number of votes as the second placed artist. He also creates the work in a fascinating and painstaking way, with each art work taking over 600 hours to produce. With just 10 days left of the year’s Liverpool Art Fair, make sure you pop down and see it, and work by 150 other talented artists, for yourself!”

This is your last chance to visit Liverpool Art Fair, which opened on 14 June and is open 12-5pm, 7 days a week, until 1 September. The fair features a record breaking 300 pieces of artwork from local artists in a variety of media from painting and photography, to sculpture and printmaking.